Albuquerque, NM – The following is information for the distribution of a Missing Person Advisory by the New Mexico State Police.

The New Mexico State Police is asking for assistance in locating Elisabeth G. Valdez (33), a Hispanic female, 5’8” tall, weighing 180 pounds, with brown eyes, and brown hair. Valdez was believed to be last seen at the Albuquerque Zoo in June of 2016. She has not been heard from since. It is unknown what she was last seen wearing and her whereabouts and destination are not known. Valdez does have a tattoo of “Edwin” on the top of her wrist, and a tattoo of “Guirllerma” on her leg.

Anyone with information on the whereabouts of Elisabeth Valdez is asked to please contact the New Mexico State Police in Albuquerque at (505) 841-9256 option 1 or dial 911. 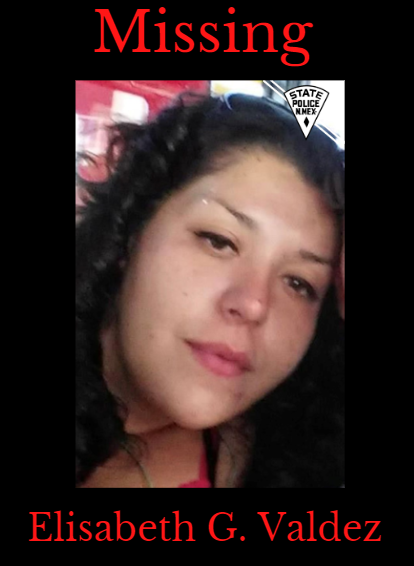