Pecos, NM – On October 20, 2022, at around 10:45 a.m., New Mexico State Police officers in Pecos were approached by a citizen.  The man said that he and his wife were at Griego’s gas station on State Road 50 when a man in a black Dodge pickup truck pulling a white trailer exposed his genitals to them and presented a firearm.

The officers responded to Griego’s and saw the man, later identified as Aurelio Carrasco, 33, of Brighton, Colorado in the truck and trailer.  Officers attempted to initiate a traffic stop on Carrasco, but he fled south on State Road 50 and a pursuit ensued.

During the pursuit, Carrasco drove recklessly and in the opposite lane of travel on State Rad 50. Carrasco crashed into three vehicles along State Road 50 before eventually crashing the truck he was driving at State Road 50 and La Cueva Road.  He got out of the vehicle and fled into the woods and evaded officers.

A short time later, officers were alerted by a homeowner on Pigeon Road that Carrasco had broken into her residence.  She found him in her garage attempting to hot-wire a dirt bike.  The homeowner was not harmed, and Carrasco fled the area.

Officers later received a report that Carrasco had stolen a vehicle from the Glorieta Campground.  Officers believe he may be trying to get back to Colorado.

Officers located Carrasco in the stolen traveling north on Interstate 25.  After a brief pursuit, Carrasco drove in the wrong lane and collided head-on with a Ryder moving truck.  The driver of that truck suffered injuries not believed to be life-threatening.

After the crash, Carrasco again fled into the woods.  There is a heavy law enforcement presence in the area as officers search for Carrasco and investigate the crash.

Carrasco is 6’4” tall and weighs 206 lbs., with brown eyes and black hair.  He was last seen wearing a white shirt and blue jeans.

Officers have issued an Arrest Warrant for Aurelio Carrasco charging him with:

Aurelio Carrasco is facing additional charges when he is apprehended.  He is considered armed and dangerous and should not be approached.   If seen call 911.

Interstate 25 south is closed at mile marker 319 during the crash investigation.  Avoid the area if possible.  For road closure updates check NMRoads.com.

This is a developing incident.   As more information becomes available, we will get that information out. 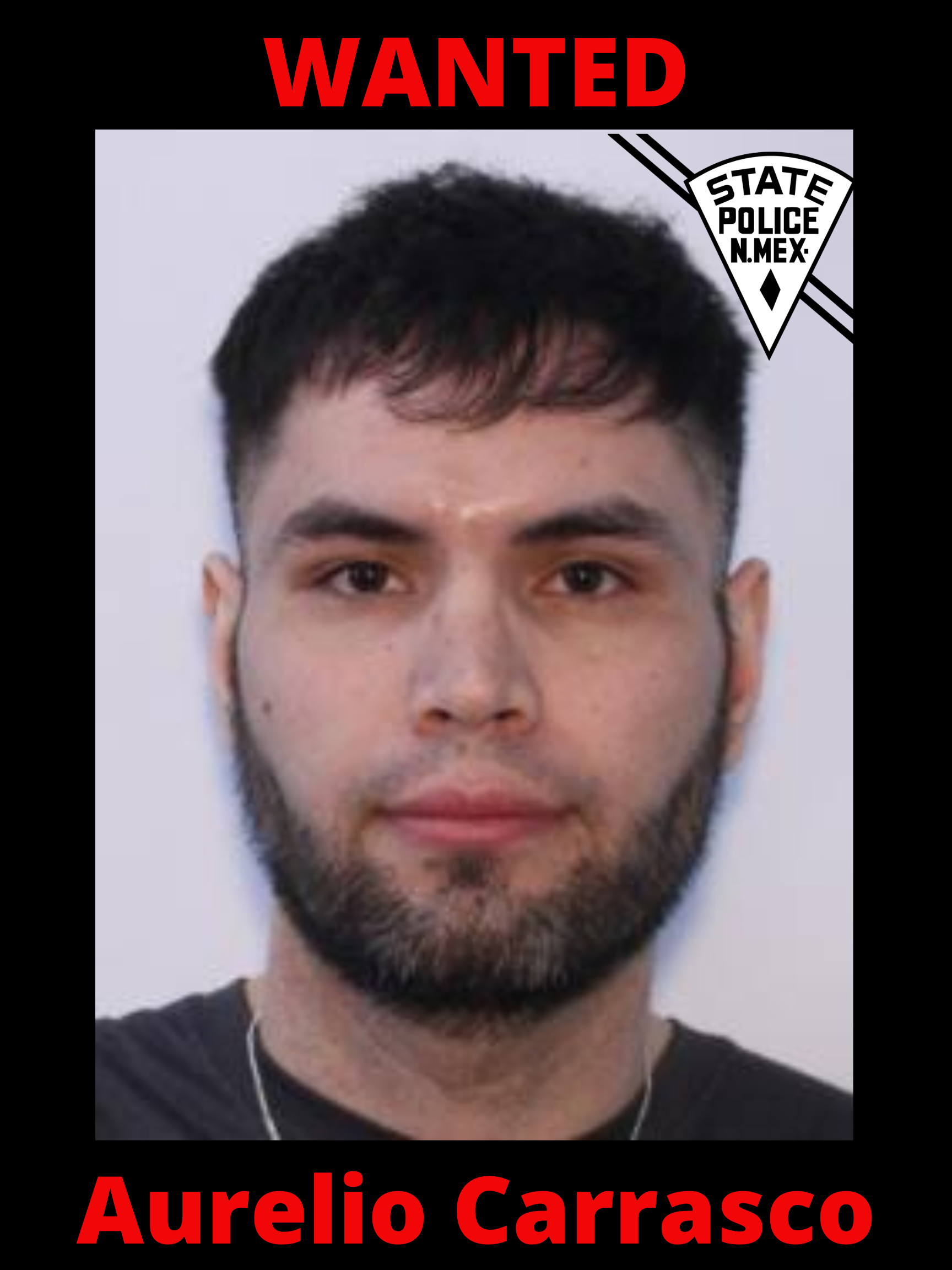