Taos, New Mexico– A Taos man is under arrest for an eighth offense of driving under the influence of intoxicating liquor and or drug.

On Sunday, September 11, 2022, at approximately 9:55 p.m., a New Mexico State Police officer on patrol stopped a vehicle for a traffic violation on Tewa Street in Taos, New Mexico for a traffic violation. When the officer made contact with the driver, Pete Pedroncelli, 60, of Taos NM he smelt a strong odor of alcohol coming from his breath. A DWI investigation was conducted and Pedroncelli was taken into custody without incident for DWI.

A criminal history search revealed Pedroncelli had been arrested and convicted seven times for DWI. Pedroncelli refused to provide a breath sample and a search warrant was approved and executed for Pedroncelli’s blood.

Pedroncelli was booked into the Taos County Adult Detention Center and charged with: 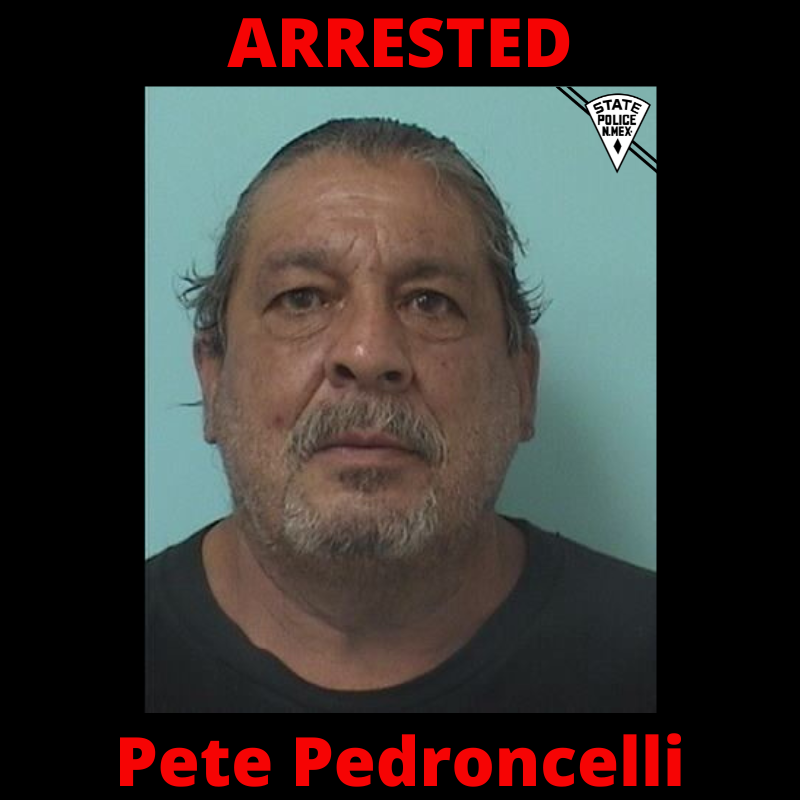 The New Mexico State Police is committed to keeping New Mexico’s roads and highways safe from impaired drivers.  If you see a vehicle, and you suspect the driver is under the influence, contact your local law enforcement agency immediately. You can also dial #DWI (#394) from a cellphone, or call 911.