Taos County, NM – The following information is for the distribution of a Missing Endangered Runaway Advisory from the New Mexico State Police.

The New Mexico State Police is asking the public for assistance in locating Shia Silverhatband a 16-year-old-Native American male.  He is 5’2” tall, weighing 150 lbs., with brown eyes and black hair.  He was last seen on September 15, at around 8:00 p.m. in San Cristobal, NM.  He was last seen wearing a black hoodie with white drawstrings, black pants, and black shoes.  His method of travel is not known, and he is possibly headed to Cerro, NM.

Anyone with information on the whereabouts of Shia Silverhatband is asked to call the New Mexico State Police at (505) 425-6771, option 1, or dial 911. 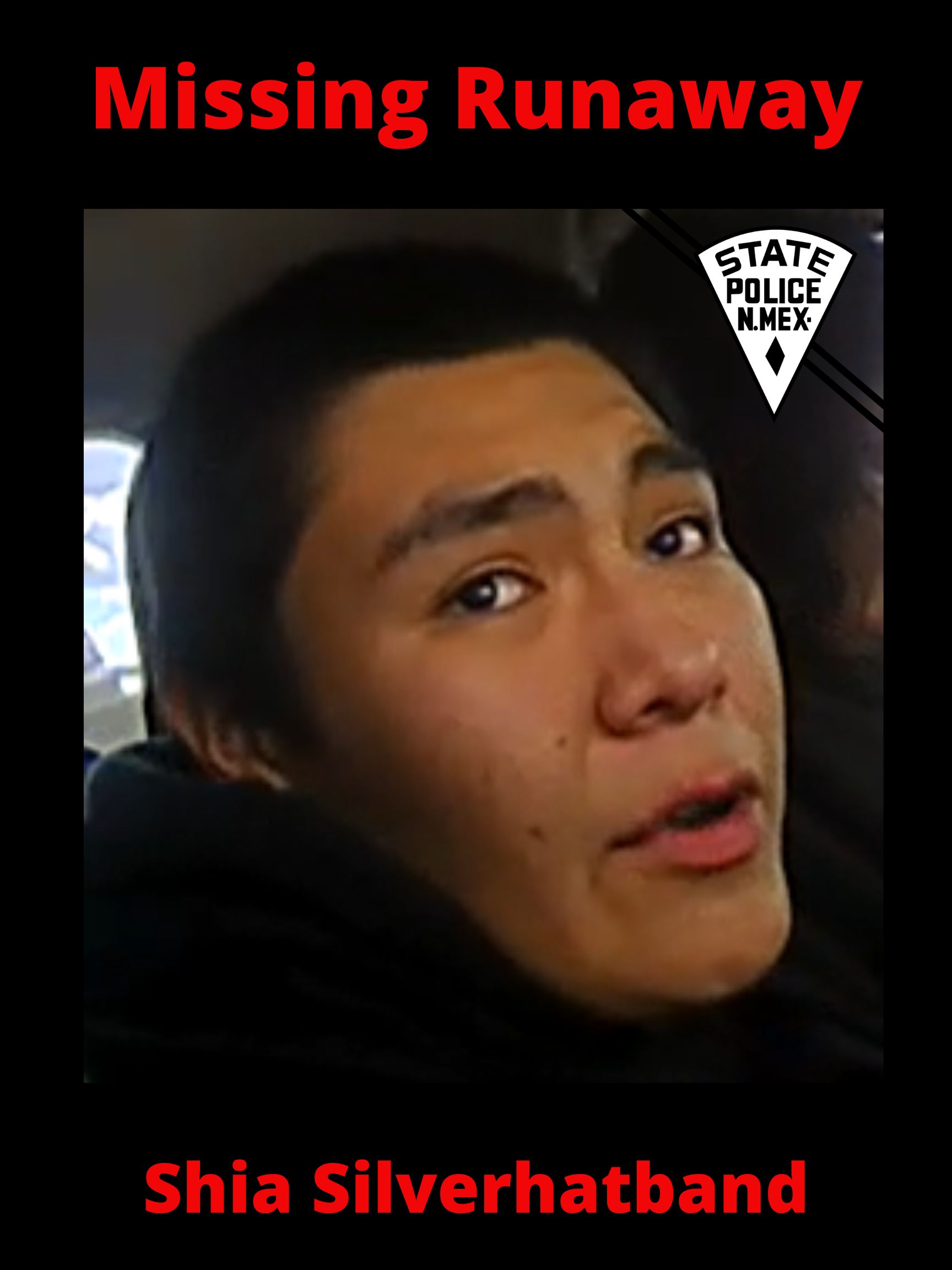