Espanola, NM – The following is information for the distribution of a Missing Endangered Person Advisory from the New Mexico State Police.

The New Mexico State Police is asking for assistance from the public in locating James Sanchez, 68, of Espanola.  He was last seen on September 6th, in Albuquerque, but is believed to have been dropped off by a ride service near 82 El Sitio Road in the La Puebla area of Espanola at 5:00 p.m. on September 6th.  He is 5’8” tall, weighing 140 lbs., with hazel eyes and brown hair.  He was last seen wearing a turquoise shirt and grey shorts. 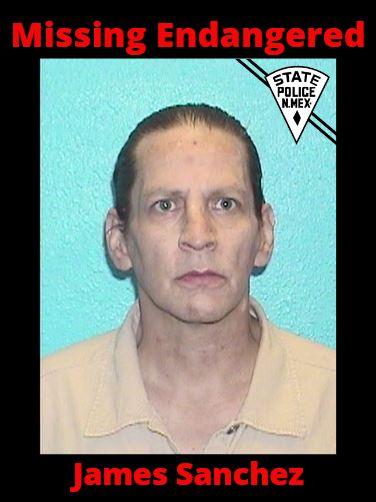