Luna County, NM – On September 1, at around 06:30 a.m., New Mexico State Police officers were dispatched to a hit-and-run crash on Interstate 10 milepost 77 near Deming, NM.

The initial investigation indicated that a 2012 Ford van, driven by Raymond Anthony Saucedo, 23, of Lordsburg was traveling west on Interstate 10.  A construction worker, Carl Lee Johnson, 22, of Deming was cleaning debris from the roadway.

For reasons still under investigation, Saucedo hit Johnson with his vehicle and then fled the scene. Mr. Johnson suffered fatal injuries in the crash and was pronounced deceased on the scene by the Office of the Medical Investigator.

A New Mexico State Police officer caught up with Saucedo on Interstate 10 milepost 55 and conducted a traffic stop.  Saucedo was arrested without further incident. He was booked into the Luna County Detention Center and charged with: 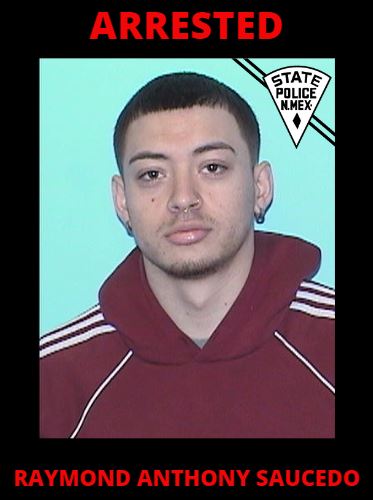