Alcalde, NM – The following information is for the distribution of a Missing Endangered Adult Advisory for the New Mexico State Police.

The New Mexico State Police is asking the public for assistance in locating Jose Louis Dominguez, 22, of Alcalde.  Family last had contact with him on August 27, and he said he was headed to Albuquerque.  He was last seen wearing all black clothing and red converse shoes.  He is described as 5’7” tall, weighing 168 lbs., with brown hair and brown eyes.  His method of travel is not known, but he is believed to be in the Albuquerque area.

Anyone with information on the whereabouts of Jose Louis Dominguez is asked to contact the New Mexico State Police at (505) 425-6771 option 1 or dial 911. 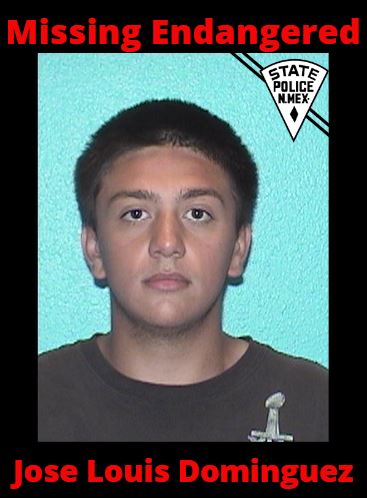