Llano, NM – A Llano man is under arrest following a string of recent shootings in Taos County.

On August 8, 2022, a man told New Mexico State Police Investigation Bureau agents he was driving in Penasco when another vehicle, a Nissan Titan truck, pulled up beside him. He says the driver flashed a gun at him. In return, the man says he pulled out his own gun and, out of fear for his life, started firing. The man said the other driver then shot back at him. That driver was later identified as 32-year-old William Guinn of Llano. The man said Guinn then followed him back to a home on Sanchez Road, off State Road 73, where the shooting continued.

During the shooting, a neighbor intervened, chasing Guinn off the property. The neighbor followed Guinn in his brown F-150 truck until Guinn stopped his Nissan Titan truck. Guinn then reversed his Titan into the F-150, striking it several times. Guinn then got out and fired his gun at the F-150. The driver of the F-150 was not hit.

New Mexico State Police officers were alerted by 911 calls that two vehicles were firing at each other, and a male was suffering from a gunshot wound to the back. Officers located that male at a home on Lower Llano Road. He was later identified as Guinn. Guinn was transported to a local hospital with non-life-threatening injuries.

It was later determined that at least two other men were inside the vehicle with Guinn during the confrontation in Penasco and subsequent shooting in Llano. These individuals told investigators they believed Guinn was the primary aggressor in this incident.

Agents later linked Guinn to a previous shooting at a Llano home which occurred on August 5, 2022. Guinn was arrested on Monday, August 15, 2022, and booked into the Taos County Detention Center. He is now facing the following charges in connection with both the August 5th and August 8th shootings:

This case remains under investigation by the New Mexico State Police Investigations Bureau. 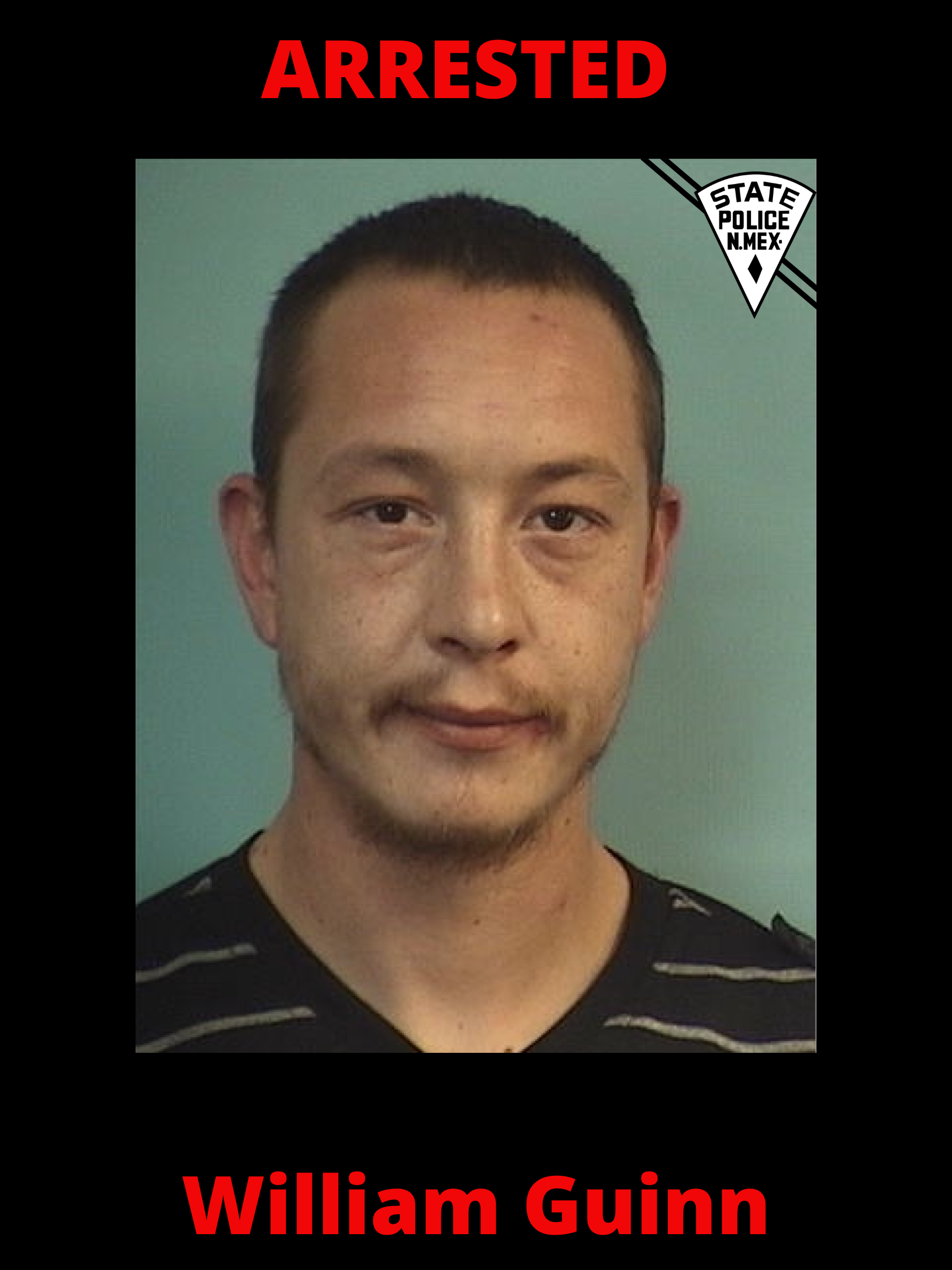