Taos, NM – The following is information for the distribution of a Missing Juvenile Runaway Advisory from the New Mexico State Police.

The New Mexico State Police is seeking the public’s assistance in locating Ronnie Trujillo Jr. He is described as a 15-year-old Hispanic male, 5’10” tall, 150 pounds, with brown eyes and brown hair. He was last seen on August 9, 2022, at around 2:00 p.m., leaving #13 Elviero Road in Ranchos De Taos, NM. It is unknown what Ronnie was last seen wearing and his whereabouts and destination are not known.

Anyone with any information on the whereabouts of Ronnie Trujillo Jr. is asked to call the New Mexico State Police Taos office at (505) 425-6771 option 1 or dial 911. 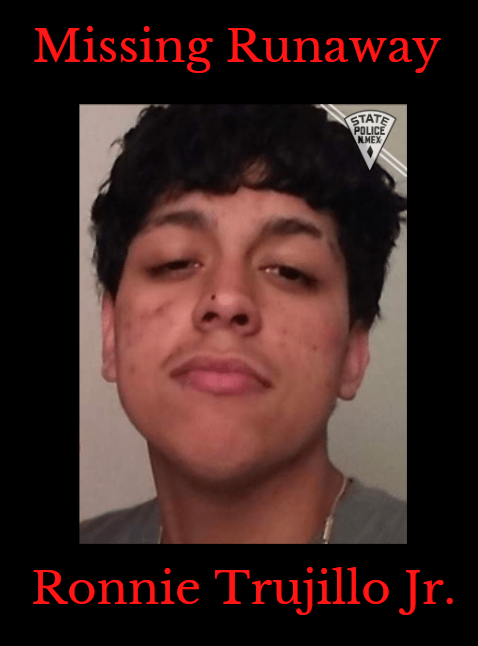