Gallup, NM – A Pinedale man is under arrest after driving through parade barricades and striking several people during the opening parade of the Gallup Intertribal Ceremonial Centennial Celebration.

The parade was in progress at approximately 7:50 p.m. Thursday when Gallup Police officers received a report of individuals drinking alcohol inside a beige Chevrolet Tahoe parked along the parade route in the area of South 7th Street and West Coal Avenue.

As the Gallup officers approached the Tahoe to make contact with the occupants, the driver put the Tahoe into drive and took off, heading east on West Coal Avenue. The officers, who were still on foot, attempted to stop the driver but were unsuccessful. Both officers were injured.

The Tahoe continued eastbound on West Coal Avenue toward parade participants while officers attempted to move spectators out of the Tahoe’s path.

The Tahoe then continued southbound on South 2nd Street and later east onto Historic Highway 66. The Tahoe suddenly turned south and struck a parked vehicle. The vehicle then backed into a New Mexico State Police unit as officers moved in. The officers then removed the three vehicle occupants and took them into custody.

Fifteen people were transported to area hospitals after sustaining non-life-threatening injuries in this incident, including the two Gallup Police officers who attempted the initial stop of the vehicle.

The driver of the vehicle has been identified as Jeff Kenn Irving (33) of Pinedale, New Mexico. Mr. Irving is now facing the following charges:

Two passengers in the Tahoe, a 23-year-old male, and a 29-year-old male were detained and taken to the Gallup Detox Center.

At this time, there is no reason to suspect this crime was motivated by hate. In addition, no shots were fired during this incident. Contrary to rumors circulating on social media, there were no fatalities in this incident.

State Police will provide an increased presence for the remainder of the event to ensure a safe celebration.

Anyone with information about this incident is asked to contact the New Mexico State Police in Gallup at (505) 841-9256, option 1. 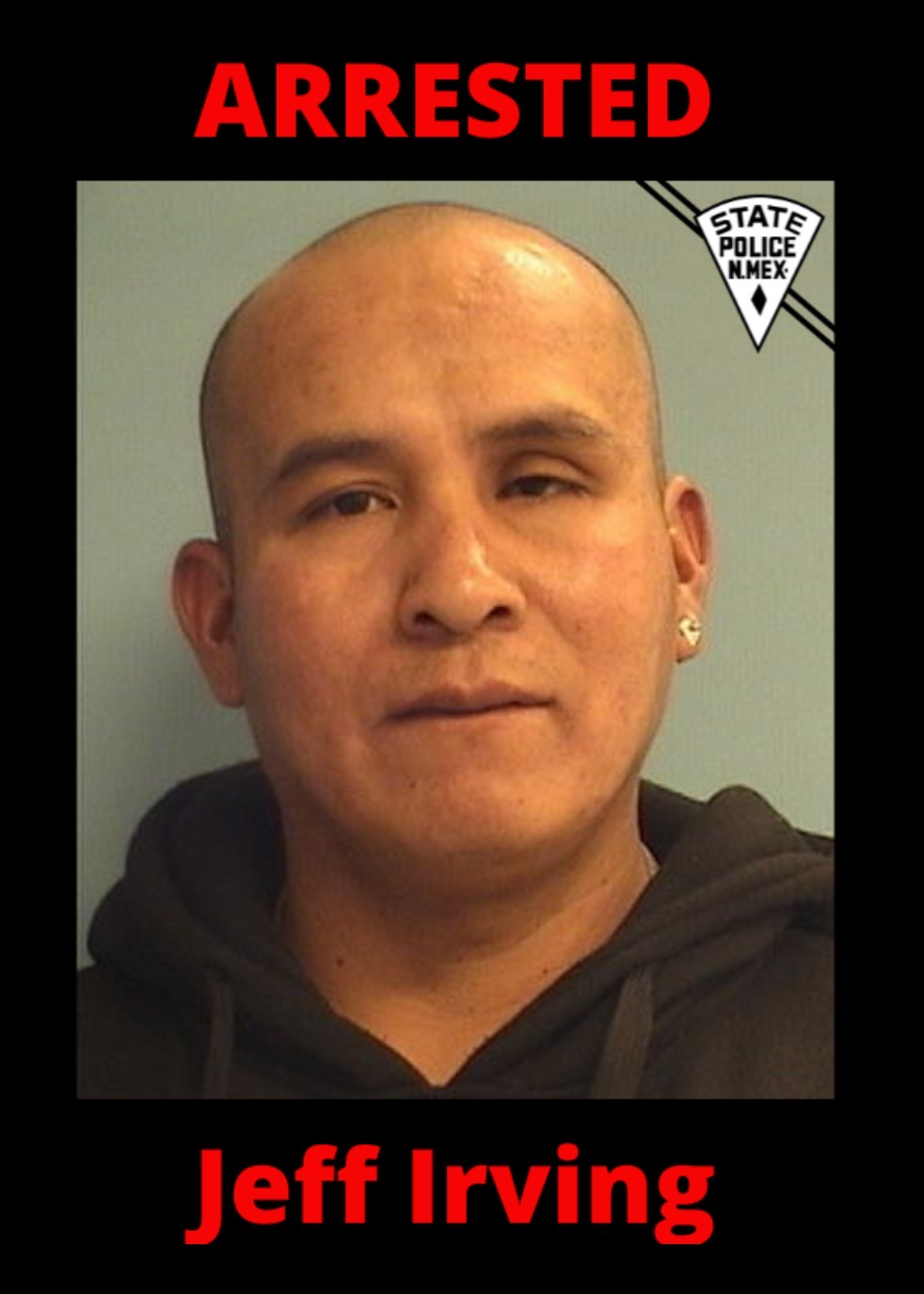