Los Lunas, NM – A Rio Rancho man is under arrest, accused of assaulting a New Mexico State Police Officer on the side of the road in Valencia County.

A New Mexico State Police officer was on patrol on Tuesday, August 2, 2022, when he spotted a disabled motorcycle on the side of the road in the area of El Cerro Loop and Florian Lane in Los Lunas. The officer pulled over to see if the driver needed assistance and realized the motorcycle did not have a license plate. As a result, the officer decided to run an inquiry into the driver, David Gillman Jr., (37) of Rio Rancho. The officer learned Mr. Gillman was wanted in connection with several outstanding felony warrants in Bernalillo County. The officer says Mr. Gillman then fled on foot, into a nearby empty lot. The officer gave chase on foot. When the officer caught up with him, Mr. Gillman struck him several times in the face before he was subdued.

After Mr. Gillman was taken into custody a Vehicle Identification Number (VIN) search of the motorcycle showed it had been reported stolen in Albuquerque.

Mr. Gillman was also given citations for driving without a license, proof of insurance, and a license plate. He was booked into the Valencia County Detention Center. 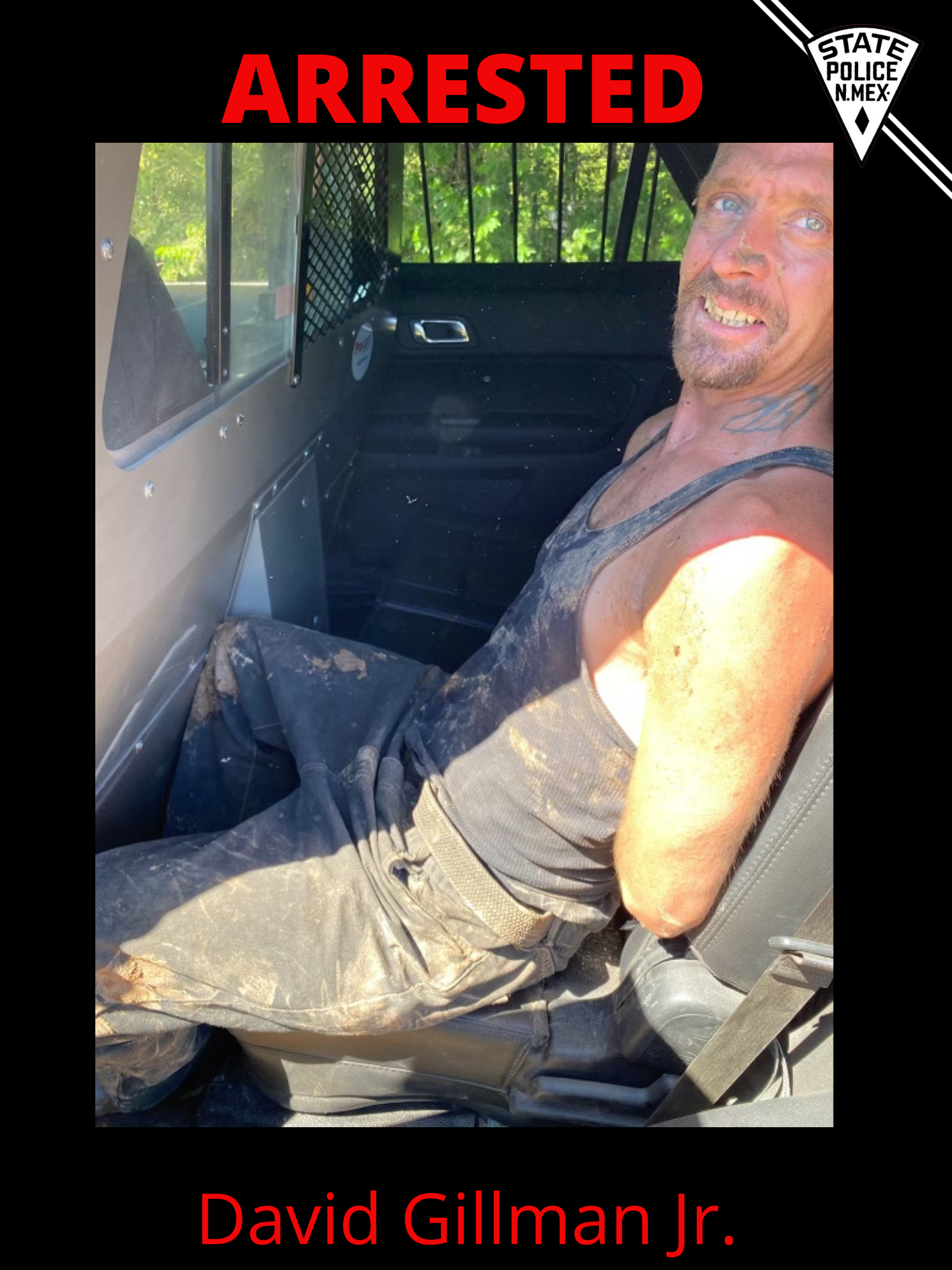