Santa Fe County, NM – A recent New Mexico State Police operation has taken thousands of fentanyl pills off the streets and led to the arrest of two Santa Fe residents.

On July 6, 2022, a New Mexico State Police officer was surveilling Cooks Road in Santa Fe, in reference to suspected criminal activity, when he observed suspicious behavior outside a closed auto shop.

The officer observed an individual accessing a Honda CRV outside the closed shop several times. When the officer attempted to speak with the individual he fled on foot and the officer gave chase. After a brief foot chase a male, identified as Leandro Anaya, 38, of Santa Fe, was taken into custody.

During the arrest, a female, Letasha Montoya, 33, of Santa Fe, was accused of trying to interfere with the officer’s actions and was also taken into custody.

Following an investigation, officers learned the Honda CRV had previously been reported stolen. After a search of the vehicle and both suspects, officers found over five thousand fentanyl pills (5,543), a .45 caliber handgun and ammunition, and nearly five thousand dollars in cash. During an interview, officers say Mr. Anaya admitted to possessing the stolen Honda CRV. The seized fentanyl pills have an estimated street value of approximately 40 thousand dollars.

Both suspects were booked into the Santa Fe County Detention Center.  The arrests and investigation were conducted by the New Mexico State Police Patrol Division in District 1, Santa Fe. The US Department of Homeland Security Investigations is also investigating this case. 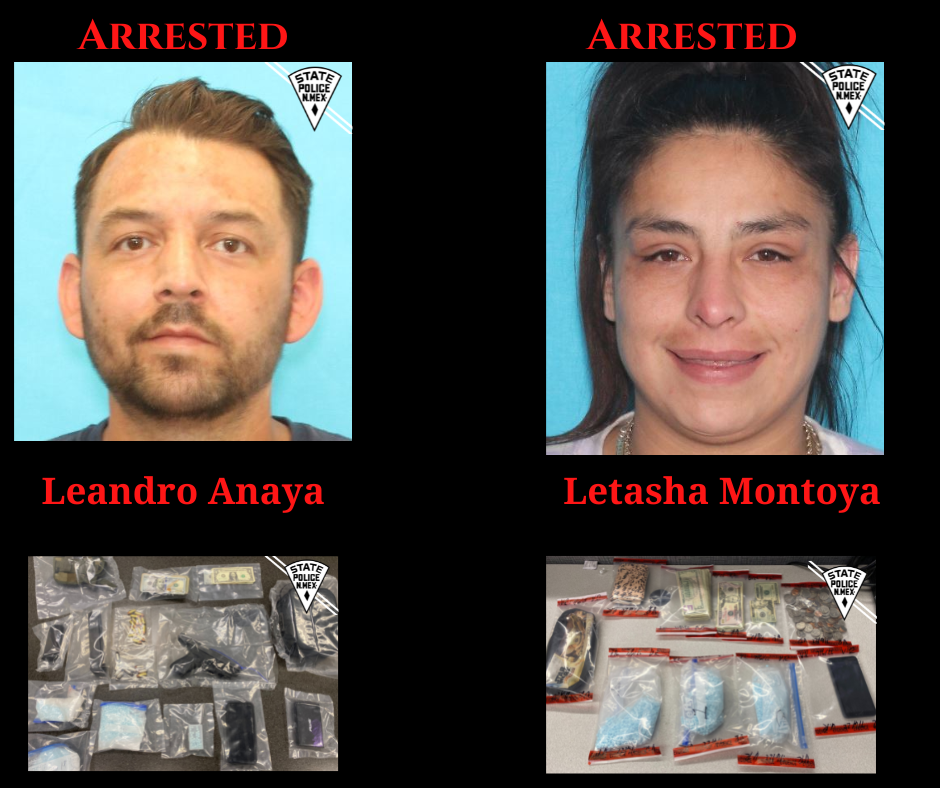