Guadalupe County, NM – The off-duty death of a New Mexico State Police officer is now under investigation following the discovery of his body inside his Santa Rosa home.

Officers went to the home on the evening of Monday, July 18, 2022, to conduct a welfare check after New Mexico State Police Officer Omar Carrasco, 24, failed to report to work for his scheduled shift and attempts to reach him by phone were unsuccessful.

Upon arriving at the home, officers located Officer Carrasco’s patrol unit parked outside and made entry inside after knocks on the door went unanswered.

Officer Carrasco was located inside the residence deceased. His body did not have any obvious signs of foul play. He was transported to the Office of the Medical Investigator where an autopsy was performed to determine a cause of death.

Officer Carrasco graduated from the New Mexico State Police 99th Recruit School on June 10, 2022. Upon graduation, he had been assigned to the Uniform Bureau in Santa Rosa.

Officer Carrasco was a native of El Paso, TX. He is survived by many family members including his father, grandmother, and brother, as well as his brothers and sisters of the New Mexico State Police. 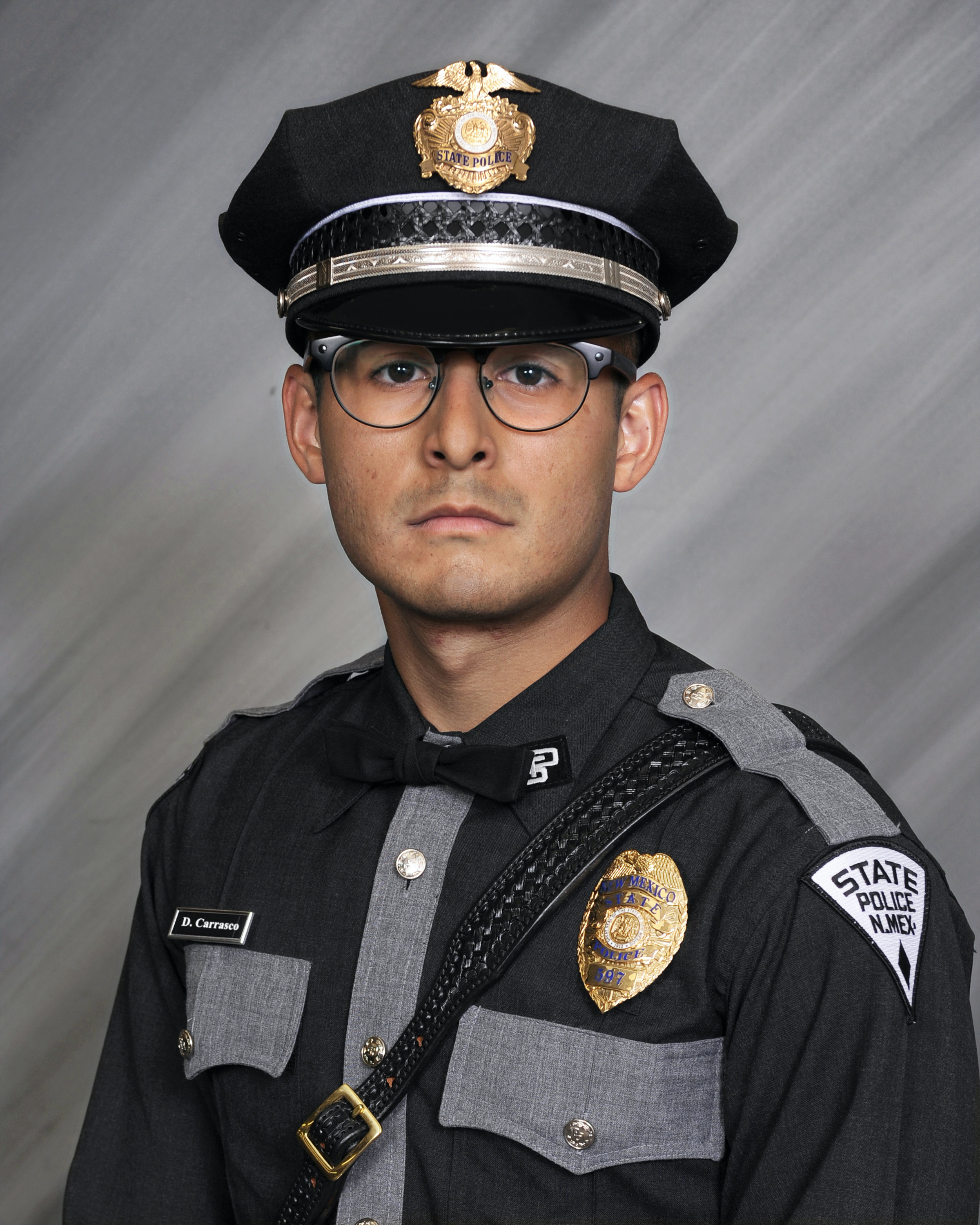