The initial investigation indicated that a 2022 Toyota passenger car, driven by Jesse Joel Blanco, 22, and occupied by Dominic Armijo, 20, both of Wagon Mound, was traveling west on State Road 120 at a high rate of speed.  Near the intersection of State Road 120 and Aguilar Street, Blanco rear-ended a 2004 Saturn passenger car that was backing out of a driveway.

The driver of the Saturn, Irene Romero, 42 along with her 4-year-old, and 9-year-old female passengers were killed in the collision.  Ms. Romero and one of the children were pronounced deceased on the scene by the Office of the Medical Investigator.  The other child was transported by ambulance to an area hospital where she later died.  A 21-year-old female passenger in the Saturn was transported to the hospital for injuries not believed to be life-threatening. Her current condition is not known. All the victims were from Wagon Mound.

After a subsequent DWI investigation, Blanco was charged with 3 counts of Homicide by Vehicle While Driving Intoxicated, Aggravated DWI causing Great Bodily Harm, Speeding, and Reckless Driving. He was booked into the San Miguel County Detention Center.

Armijo tried to hide alcohol containers after the crash.  He was charged with Tampering with Evidence.  He is being treated for non-life-threatening injuries.  Upon his release, he will be booked into the San Miguel County Detention Center. 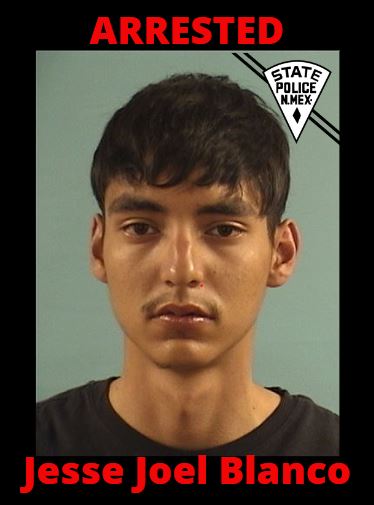